The final thought before the â€˜breakthroughâ€™ was the very clear realization that there was nothing to be attained. For attainment implied acquisition and acquisition implied change of content of consciousness. But the goal is not change of content but divorcement from content. Thus, Recognition has nothing to do with anything that happens. I am already That which I seek, and therefore, there is nothing to be sought. By the very seeking I hide Myself from myself. Therefore, abandon the search and expect nothing. This was the end of the long search. I died, and in the same instant was born again. Spontaneity took over in place of the old self-determined effort.- Dr. Wolff, The Philosophy of Consciousness Without An Object, p 81.

This is also a relative truth, with a grain of truth in its reversal. And exploring this can help us see the bigger picture, and even clarify the initial truth.

There is nothing to attain in terms of content, just as Dr. Wolff points out. The content can stay the same, it is only the context that shifts. Or rather, the forms are the same, although now realized as being no other than awake emptiness itself, a field of awake emptiness absent of I and Other.

That the sense of a doer goes out of it, so there is no doer there anymore that can attain anything. In addition, there is nothing in it for the personality, because it is just the void awakening to itself. And the void is just a void, nothing there.

So there is nothing to attain… in that the world of form does not need to change, there is no doer there to attain anything, and it is just the void awakening to itself, and the void is just a void, nothing.

And even here, there is nothing to attain, as all of this is living its own life, coming and going as guests, happening on its own and on its own time. Before the shift into Ground noticing itself, what is taken as an “I” can certainly do things to invite that (and other) shifts, but that is about it. We can clean the house, put out the nice table cloth and the cakes and coffee cups, put the pot on the stove, send out the invitations, but that is all. All the guests, the shifts in form (and thus content of experience) and also the shift into Ground noticing itself, they live their own life. Coming and going on their own. On their own time.

This nothing to gain/something to gain exploration is of course a play with words, but a play that reveals and clarifies distinctions.

See below for a part of the initial draft, on how there is something to attain…

END_OF_DOCUMENT_TOKEN_TO_BE_REPLACED 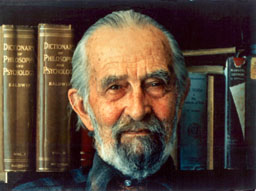 I asked one of the teachers at Center for Sacred Sciences about the recent shift in experience of air and water, and he sent me this excerpt from one of Dr. Wolff‘s writings (emphasis added by me):

One day, after the evening meal and while still sitting at the table, I found that, by gradual transition, I had passed into a very delightful state of contemplation. The actual content of the thought of that period is forgotten, but as I made careful note of the state I was in and submitted it to close scrutiny, the quality of the state was well impressed upon my memory. My breath had changed, but not in the sense of stopping or becoming extremely slow or rapid. It was, perhaps, just a little slower than normal. The notable change was in a subtle quality associated with the air breathed. Over and above the physical gasses of the air there seemed to be an impalpable substance of indescribable sweetness which, in turn, was associated with a general sense of well-being, embracing even the physical man. It was like happiness or joy, but these words are inadequate. It was of a very gentle quality, yet far transcended the value of any of the more familiar forms of happiness. It was quite independent of the beauty or comfort of the environment. At that time the latter was, to say the least, austere and not in any sense attractive. This quality, associated with the air, I had, in a smaller measure, previously experienced at high altitudes in the mountains, but in the present instance the altitude was only 1800 feet and the air was far from invigorating, due to the period being exceptionally warm. However, introspective analysis revealed the fact that the elixir-like quality was most marked during the exhalation, thus indicating that it was not derived from the surrounding air. Further, the exhaled breath was not simply air expelled into the outer atmosphere, but seemed to penetrate down through the whole organism like a gentle caress, leaving throughout a quiet sense of delight. It seemed to me like a nectar. Since that time I have learned that it is the true Ambrosia.

-Wolff (Pathways Through to Space, p.2)

His description seems very similar to the shift that happened with me. It is interesting to note that he also was reminded of fresh mountain air, and describes it as a nectar (or elixir, or ambrosia), and something that is “embracing even the physical man”.

Here is something more that came up for me around it:

It is most noticeable when breathing air and drinking water, but it is also a constant stream that goes through any experience (when I eat or drink something with flavor, the flavor goes more into the foreground… although the stream is still there).

It seems related to the endarkenment shift a few months back… there has been a sense of a good deal of reorganizing happening on an energetic and physical level associated with that shift, and this – the changes in sense experiences – may be related to it.

Oddly enough, the velvety smooth, round, full quality of the endarkenment, is now smelled, tasted and tactilely sensed in a very physical way.

By continuing to use the site, you agree to the use of cookies. more information