As our circle of care, compassion and concern expands, it still leaves someone and some things outside. There is still an Us and Them. Until there isn’t.

So even at worldcentric, there is brutality, just because someone and some things are left out of those we see as We and Us.

Specifically, there is still the brutality against non-human species, treated as slaves, imprisoned just for being non-human, killed at will, some of them even subject to the equivalent of genocide. And there is the brutality against future generations, making decisions today which will seriously affect them for generations to come, through poisoning the air, water and soil, through destroying ecosystems they are dependent on for their survival and quality of life, through setting in motion massive changes in the global climate, through leaving them to deal with the most toxic substances imaginable (from nuclear reactors and other industries) for thousands and thousands of generations.

This brutality is not resolved until planetcentric, where the circle of “us” includes all species, ecosystems, the Earth as a whole, and past and future generations.

Even here, there is a brutality (which seems very subtle from ethno and worldcentric levels) where only life is seen as we and us, and the rest is left out. This form of brutality is not resolved until Kosmocentric, where all is recognized as Spirit, as awake empty form.

As Spirit beyond and embracing all polarities, including that of nonliving and living, life and death, form and formless, seeing and seen.

Not subtle when seen from the next spiral out

For those at worldcentric, the brutality at ethnocentric, which includes sexism, racisms, homophobia, islamophobia and so on, is obvious and coarse.

For those at planetcentric, the brutality at worldcentric, which includes speciesism and lack of concern for future generations, is obvious and coarse.

And for those at Kosmocentric, the brutality at planetcentric, leaving out Spirit as awake emptiness and form, as seeing and seen, is obvious and coarse.

Resolved in one way, not another

Saying that the brutality at one level of centricity is resolved at the next is true in one way, and not in another.

The systematic brutality is resolved. We are no longer blind to it, we have to acknowledge it, we are motivated to find a more real resolution to it.

At the same time, living it is a process. Our motivation and view may be of the Earth and all its parts as Us, but finding real-life choices that takes that into account is messy and deepens over time.

It changes with what options are available to us in the moment, what information and knowledge we have, and it changes with changing circumstances. It is in flux, just as anything in the world of form is flux. 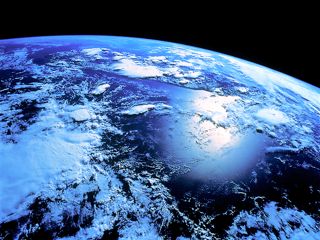 For the lines which goes from egocentric to ethnocentric to worldcentric, mainly the cognitive (view) and moral (care), our leading collective edge seems to rapidly widen and deepen within the worldcentric.

For the care line, we see that…

Human rights is a given in the mainstream, at least in most modern western societies (with the exception of Bush, pushing ethnocentric/amber views to erode some of the worldcentric/orange focus on human rights, using fear as a driver.)

A concern for nonhuman species, ecosystems, the Earth as a whole, and future generations is emerging on a larger scale, with climate change and other well-publicized issues as a catalyst.

From we being all human beings alive today, it slowly grows to includes we as the Earth as a whole and future generations.

Moral line fed by the cognitive

And the widening circles of care and compassion is fed by the widening circles of the cognitive line. We know, from science and daily experience, that the Earth as a whole is a single seamless system, and that our own immediate health and well-being is intimately connected with the health and well-being of the larger social and ecological systems.

In today’s world, we cannot afford to not be concerned with the health and well-being of the larger whole, because it impacts us so directly locally.

As these circles widen, there is also a corresponding maturing and deepening coming from lived experience and new information. We become more familiar what it means, collectively and individually, to live from these widening circles of view and care. 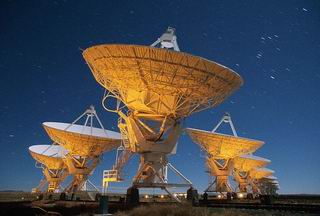 For now, since we haven’t made contact with any galactic neighbors, it is mostly the cognitive line exploring the cosmoscentric. If there is contact one way or another, the moral line will be included.

And it will also depend on where we are at the care line of development. At ethnocentric, we are more likely to react with suspicion and fear. At the deepening worldcentric, with interest and curiosity (although hopefully not naively).

Maybe most importantly, widening beyond the Earthcentric makes it easier for us to see the Earth as one small intimate whole. A miracle of life floating in the immensity of space.

It helps us deepen our care and concern for all of us – all humans, all beings, all ecosystems, the Earth as a whole, future generations.

(And then there is of course the kosmocentric, of realizing selflessness and that Existence has a center everywhere and nowhere.)