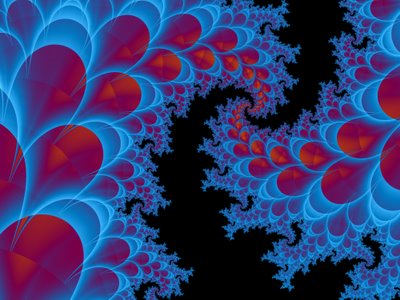 Many places have their integral pods and networks, and we have had some too – one study group that went for a while, and one I organized last year on integral practice.

Now, it seems that the time is ripe for something else to get going.

Some ideas for local activities

A brief, general menu of possibilities…

What does it take to reflect a more integrally informed view?

In general, and as KW points out, each of the organizations and individuals will have to let go of their claim to absolute truth.

Some of the possible questions that come up:

What are some of the ways their organization, their insights, their existing maps and views, can be reorganized to reflect a more integrally informed framework? What would need to change? What can stay the same? Where in the aqal map do they land? Which areas are left out? How can they work with others to create a more comprehensive approach? What are their unique contributions?

And then some (very rough and preliminary) examples of how this may look. This is of course going to be terribly generalized. (And will bring up some projections and food for inquiry later on…!)

These organizations are all led by friends or acquaintances of mine who I have the greatest respect and appreciation for. But that does not mean that their frameworks are somehow final, complete, without room for improvement, and not available to an integral overhaul 🙂 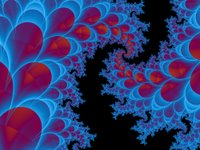 Prototista is a quite remarkable community school for complexity theories, run by one person. It is based on solid and leading-edge science, although tends to leave out the left hand quadrant entirely, as well as the developmental dimension.

They do have somewhat of a practical application focus, so including the left hand of the quadrant, and an understanding of human development, would – most likely – make their approach more effective. Of course, many students there do that on their own, fitting the valuable contributions from Prototista into a more comprehensive framework. 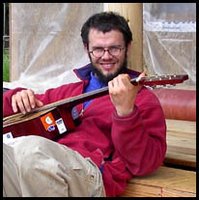 Well, Eugene Permaculture Guild is the premiere local example of the green value meme, although many of the individuals there are probably at wider and more inclusive turns of the spiral.

In general, they do cover all the quadrants pretty well. What they lack is an understanding of human development, and a willingness to meet and work with people where they are at.

As is typical for any first tier level, they want everybody else to be where they themselves are, they want others to “get it”. (Hopeless! as Byron Katie would say.)

And as is typical for the green level in particular, they appreciate some forms of diversity – such as ethnic, age and so on, but do not appreciate the diversity of the spiral of development. They do not appreciate orange much, and even less amber, and see second tier folks as elitist or naive kooks.

To reflect a more integral approach, they could include this understanding of the lines and levels of human development, and how it plays out in community and approaches to sustainability.

Most importantly, it would help them meet people where they are at, using their language, addressing their values and goals, not needing or wanting them to change their basic values and worldview, just aligning and partnering around the shared interests of creating a more livable and life-supporting community. 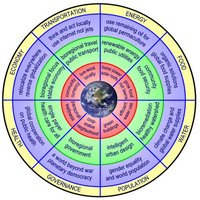 Permatopia is a comprehensive map to a more sustainable society, and another green level approach.

It is almost entirely right hand quadrant, which is OK as long as it is combined with more left hand understandings.

Maybe more seriously, it leaves out an understanding of human development. And this means that it is almost entirely uninteresting to anyone but other greens.

Amber and orange says, nice but why should we care? Or, get away from me with that crazy hippie talk!

Second tier says, you are onto something very important, but you are leaving too much out to get me on board. The approach is not comprehensive and inclusive enough, and the way you do it alienates too many people. I’ll put in my energy somewhere else.

There is a PROUT educational center here. It is a beautiful theory, obviously well-meaning, and it is integral in that it does cover all the quadrants and even an understanding of human development.

Its main weakness is that it seems highly prescriptive, from the overall framework and down into a good deal of detail. There is a particular way of doing it. It is content full where the aqal framework is content-free, allowing for anything to be plugged into it. So it tends to appear somewhat unrealistic, idealistic, utopian, rigid, a pipe dream.

In it’s utopian idealism it appeals to some Green meme folks, but that is about it. It is difficult to see folks from amber and orange, at least in this culture, embrace it, and second tier folks may tend to see it as too idealistic and inflexible. One solution is of course to loosen up the content part, and allow other approaches which still fit within the general intention of PROUT.

CSS is under guidance of Joel who clearly lives from a Ground awakening and realized selflessness, and speaks beautifully about this, weaving together quotes and views from a wide range of spiritual traditions. There are also several others who have realized selflessness under his guidance, and who now function as occasional assistant teachers.

As inclusive their approach is in terms of drawing from a range of traditions, they also leave much out compared to an aqal perspective. They mostly focus on the upper left quadrant, although sometimes bring in quantum physics and the like from the right hand quadrants. And they do not address zone #2 views on the upper left quadrants. For instance, they altogether leave out the understandings of human development from western psychology.

Still, their main weakness may be in another area: Being somewhat stuck in the absolute. The focus is almost exclusively on realized selflessness, largely ignoring the human self and its health, maturity, and continued development before and after realized selflessness.

Within the context of realized selflessness, there is an invitation to a continued and deepening healing, maturing and development of the human self. Many of the II associates understand and emphasise this, including Saniel Bonder and Genpo Roshi. Joel does not.

Of course, from the view of the absolute, he is right. Everything is Spirit. Everything is emptiness dancing, including what from a relative view is seen as an unhealthy or healthy, immature or mature human self – less or further along in its many lines of development.

Yet, it is also onesided. Existence has two faces: emptiness and form, ground and phenomena, Self and self. Or we can say the context of a sense of I or realized selflessness, and the content of this human self and the rest of the world of form.

If we emphasize only one, we leave out at least half of the story. In a way, we make God into far less than it is. We miss out on the invitation of consciously participating in the evolution of the world of form, within and as Ground.

CII does a wonderful job in gathering information about and promoting various approaches to collective intelligence, something which is sorely needed in our society, and maybe especially in our political system. I am not sure exactly where on the Spiral Dynamics spiral they are located, but most likely somewhere between green and second tier, with a nostalgia for green.

In terms of the quadrants, they seem to do a pretty good job covering all of them. The widening circles of development seem to be mostly left out or in the background, probably because it clashes with the green aversion to anything that tastes of hierarchy and attachment to the egalitarian.

Maybe more seriously, green idealism here seem to abandon the effective pragmatism of orange and is not yet at the more inclusive and deep pragmatism of second tier.