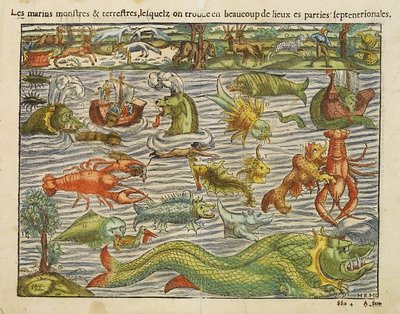 There is no doubt that we are in for some big changes ahead on global, and so also personal, levels.

As usual, we don’t know how it is going to look. And white areas on the map is where we draw in monsters and Shangri-las, one or the other and sometimes both. 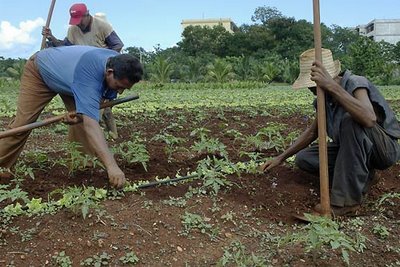 This came up for me again as I watched The Power of Community: How Cuba Survived Peak Oil at the NWEI volunteer retreat this weekend.

The basic information and message is not new to me, and wouldn’t be to anyone who know a little about peak oil and Cuba. Still, it is a well made movie and very inspiring to many.

It shows a transition that many of us would like to see in our own communities, peak oil or not. And it shows how a potentially scary situation can be revealed, and made into, a gift, if nudged in the right direction. (Of course, in Cuba they have a – somewhat enlightened – dictatorship, which may make those transitions easier in times of crisis.) 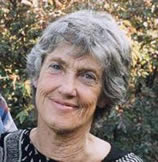 The world is always changing.

And right now, there are lots of carrots and whips at play which invites a deep culture change into a more life-centered culture and civilization, a Great Turning as Joanna Macy calls it.

Will it happen? Well, we don’t know. But it sure is more fun to be a part of nudging us towards it, whether it happens or not.

We all know some of the whips…

Climate change, or climate chaos as some folks more accurately call it.

Peak oil, which is happening as we speak. It means the end of cheap oil and big changes to our petroleum dependent civilization. It may well also mean the end of globalization as we see it today, and may be one of the factors that (probably sooner than most think) brings down the US empire. And it is likely to mean a new emphasis on local communities, on more complete and compact communities, more efficient use of energy, and renewable energy in its many forms.

Human-made toxins everywhere: in the air we breathe, the food we eat, in the tissue and blood stream of every living creature.

And some of the carrots…

The health benefits of walking and biking more. Of eating locally grown, fresh, organic produce. Of being more outdoors, maybe even growing some of our own food at our own plot, a community garden, or from a few hours work-exchange at a local CSA farm.

Most likely, the changes brought about by peak oil and other whips and carrots will be quite different in different regions.

In areas that are already poor, and where most of the population may be at ego- and ethno-centric levels of development, it may easily mean even more devastation.

In places like Iceland the situation is quite different. They are already doing a lot. They are shifting away from petroleum dependency and towards being mostly or completely self-reliant with essentials such as energy and food – and they can do this due to easily accessible thermal energy. Most of the population is at world-centric levels of development (orange or green in the integral model).

Among all the countries and regions of the world, Iceland is maybe the one that has the best chance to look more like the sustainable, life-centered paradise that some envision.

Although not even Iceland is immune to what is happening in the rest of the world socially, and ecologically – rising sea levels will stronlgy impact Iceland too.

The situation in the US may be more shaky. Larger segments are here at ethno-centric levels of development which in a crisis can get ugly. Just look at Iraq. At the same time, many are at world-centric levels of development which may offset some of the havoc. And many of the leading-edge developments in sustainability and local self-reliance is happening right here. The knowledge is available, if it is made use of. Still, as we are heading further into the ecological bottle-neck, the US is not the place where I would choose to be.

What could happen in Europe? It is difficult to say. Larger segments are at world-centric areas of development, at least in western Europe, so that may make for an easier transition. Their mindset is already more aligned with sustainability and an emphasis on local communities. And they have the resources to allow for a softer transition.

At the same time, Europe shares land-mass with areas less fortunate, and this can lead to mass migrations, the prevention of these mass migrations, and quite a lot of ugliness. We are seeing some of this already. And we’ll probably see more of it, not only in Europe.

What can I do on a personal level?

What can we do on a personal level?

For me, the answer is in several areas, and it is found in that which is enjoyable and rewarding right now, in itself, and is also likely to be useful in more difficult times. 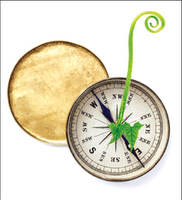 What can I do to be part of the Great Turning? What is my role there? For me right now, it is mainly nurturing culture change through my involvement with NWEI, starting up local groups at businesses, churches, other organizations, neighborhoods, and open groups in the community.

What types of skills can I learn now that may be of particular use in the future, and is enjoyable and useful even now? Growing food is one. Learning to repair and make things is another. And exploring whole systems design skills, for instance through permaculture, yet another.

How can I strengthen my connections with my local community? I can do this through getting to know people, share resources, barter, and so on. The more ties, the more likely that we’ll stay together during more difficult times as well.

These are all at the outer and interpersonal levels, quadrants two, three and four in the aqal model.

What about quadrant one? What can I do there that is rewarding and enjoyable right now, while also useful in more testing times?

By far the most useful and practical tool I have found is The Work. It allows the charge in thoughts and ideas – including those inducing fear, panic and the like – to fall away. And this frees up clarity and energy so I can respond a little more sanely to whatever situation I find myself in, from a place of more compassion and wisdom.

Other forms of self-inquiry, and forms of mediation and yoga, are also very useful here.