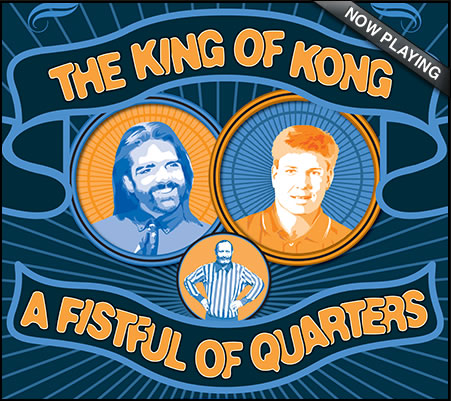 I saw the movie King of Kong tonight, a surprisingly fascinating and touching documentary about the two top competitive Donkey Kong (!) players in the world. One, Billy Mitchell, is the “gamer of the century” and is increasingly cast as the villain as the movie progresses. The other, Steve Wiebe, is a thoroughly likable underdog taking on the champion, and unwittingly gets embroiled in an old feud between Billy Mitchel and his nemesis, Mr. Awesome.

Two things struck me as I watched the movie.

Steve Wiebe’s great achievement is how he lives his life, independent of whether he is successful and recognized in sports, music or arcade games (all areas he has a great deal of talent, but never got it quite off the ground apart from in arcade games). And this is probably obvious to anyone watching the movie, although maybe not always to himself. 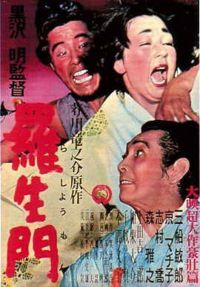 There must be many movies out there presenting the same story from different perspectives, although the only one I can think of now is Kurosawa’s Rashomon. (If anyone reading this knows of other movies, please tell me about it in a comment.)

Documentaries lend themselves especially well to this as there is usually hundreds of hours of footage which can be edited in many different ways to tell different versions of the same story, each one with a very different message, point and feel to them, and with the audience siding with different people.

In this case, the movie could have been even more interesting if it was made up of two 40 minute or so stories shown back-to-back. The first, told first from the perspective of Mitchell, casting Wiebe as someone associated with his arch enemy Mr. Awesome and out to take him down at any cost. And then from the perspective of Steve Wiebe, as a more tightly edited version of the one out now. Each would independently tell a fascinating story, and together would also remind us of how things look very different from different perspectives.

A good movie does this anyway, weaving perspectives into a larger story, but separating them out adds something extra to it.

Most of the time, even when a story weaves in several perspectives, one perspective dominates or unifies the others, and the other ones are there more for texture. This is of course good and appropriate most of the time.

But once in a while, it would be interesting to see the different perspectives separated out in a more obvious way. It allows for a more thorough exploration of each, how each one seems very real and true when we are absorbed into it, how easily we can shift into another, and how we can find a space holding them all and from here find the limited truth in each.