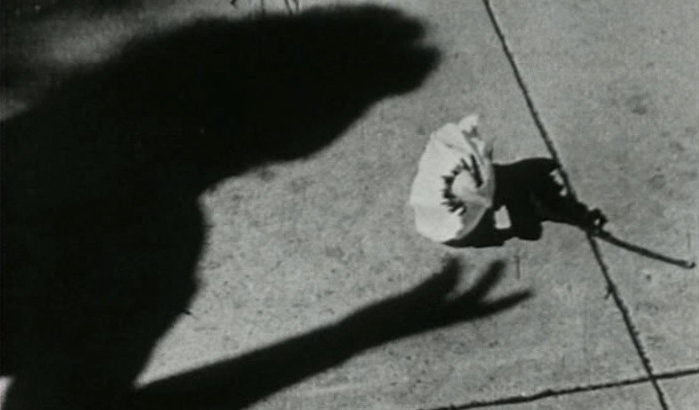 I am in the central public square of an old Spanish colonial town, similar to Villa de Leyva and Barichara. A famous surrealist filmmaker, similar to Buñuel and Dali, is filming scenes for a new film. I see the shadow on the ground which is the focus of one scene. It’s of the filmmaker standing up, an outline of the upper body and head of a cat, and next to it the shadow of a sign where the letters are created by light shining through. The sign says “Soy un animal, Ale”. I want to take a photo and show to my partner, since that’s her name, but by the time I get the phone ready, they are already filming another scene.

A few things stand out to me from this dream.

It’s the first Spanish-language dream I have remembered.

The day before, my partner had told me about an article saying “cats are psychopaths”, and I had responded that they are just animals. They are just following their instincts. When they wake us up at 5 am, it’s because every cell in their body tells them to go out and hunt since it’s the perfect time for them to be out hunting. I felt a little sorry for Merlina, our cat, for being called a psychopath when she is just being a normal healthy cat. The dream seems to reflect this. “Soy un animal, Ale. I am not a psychopath”.

Also, my aim is to become more and more comfortable with my animal sides. We are already animals, even if we western-civilization humans like to pretend we are not and have some collective fantasy we are not. Our animal side is beautiful and can be embraced and come out in beautiful ways.

Why the surrealist filmmaker? I am not sure. It’s someone who turns things upside down and looks at society and social norms in new and different ways. I like to do that too. And embracing our animal nature, in a healthy and kind way, is part of that.

Why the shadow of the filmmaker, cat, and sign? I am not sure.

Why film making? Does it have to do with creating narratives?

I have had a series of cat dreams, so this one will have to be seen in that context as well.